The president made the statement at the launch of the domestic government credit card and international QRIS here, Monday.

“Regarding domestic KKP, I urge the governor of Bank Indonesia and Himbara to oversee ministries, institutions, provincial governments, district governments, and city governments to immediately participate in this system,” he remarked.

The Domestic KKP is based on the regulation of the Finance Minister Number 196/PMK.05/2018 concerning means of payment by credit card to pay for expenditures charged to the state budget. The president is optimistic of this program expediting payment in government purchases.

“In the past, payment for government’s purchase might be late. With this government’s credit card, we hope that as soon as the transaction was done, the payment was immediately entered into our account,” he remarked.

Moreover, he conveyed that the government is also encouraging the use of domestic products in all government, state-owned enterprises, and local government purchases.

“Do not let the money that we gather through taxes and we realize through state budget to be used to buy imported products,” Jokowi stated.

Jokowi later spoke of having reminded the Head of the Government Goods Service Procurement Policy Institute (LKPP) to immediately complete the system to oversee the purchase of local products in order to urge all regions to harbor enthusiasm to purchase domestic products.

“We have committed with more than Rp800 trillion, and the realization was already above Rp400 trillion. If we can realize the whole budget with all domestic products, especially micro, small, and medium enterprises (MSMEs), the movement of the economy will be significant,” Jokowi added.

On that occasion, the president also praised the launch of the Domestic KKP and QRIS by BI, which showed Indonesia’s ability to keep up with the change in digital technology in the economy. 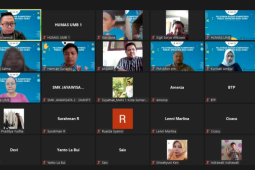 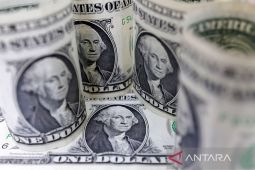 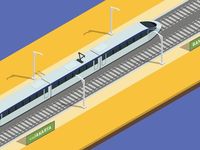